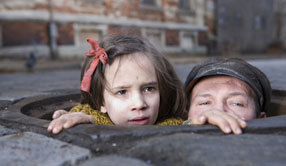 Agnieszka Holland, one of Poland’s pre-eminent directors, has made a work that stands as one of her supreme achievements. In Darkness deals with something that has been difficult to reconcile within the war experience for many people: the Catholic-Jewish tension that cuts like a knife through Polish society. Conventional wisdom has it that, under Nazi rule, the natural anti-Semitism of Catholic Poland rose to the fore. Holland sets out to emphatically and majestically explore and undermine this particular view. During the war, numerous Jews hid in the underground sewer systems of the major cities. Based on a true story, In Darkness portrays this subterranean life through the experiences of Lvov sewer worker Leopold Socha (Robert Wieckiewicz) and the people he meets on his rounds. What gives the film grit, urgency and complexity is the fact that Leopold is Catholic, and initially as anti-Semitic as they come. He also knows that any contact with Jews, let alone the help that he gives them, jeopardizes his life and that of his wife and child. What makes this film so remarkable is the manner in which he is confounded by his own prejudices, and the equally complex way that Holland portrays the Jewish characters. This is a self-portrait of mankind, magisterial and Shakespearean in its grasp of what we are capable of doing to – and for – each other. – Piers Handling, Toronto International Film Festival. 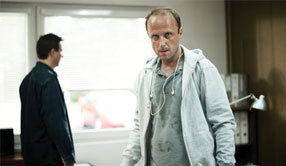 A sibling rivalry and a random act of savagery provide the backdrop for Polish director Greg Zglinski to explore primal themes of cowardice, guilt and redemption in Courage, a modern-day take on the story of Cain and Abel employing two of Polish cinema’s hardest-working male stars. Robert Wieckiewicz is Fred, a rough, unschooled sort who manages his ailing father’s internet empire in a quiet suburb of Lodz and resents his college-educated younger brother, Jurek (Lukasz Simlat). Feeling that he has pulled more than his fair share of parental-care duty, Fred also feels bitter about Jurek’s two hyperactive kids, since he hasn’t been able to have a child with his hairdresser wife, Viola (Gabriela Muskala). As the antagonistic siblings take the train to town, a gang of hooligans boards and harasses a young woman (Karolina Kominek). Although Fred tells Jurek not to get involved, the younger man tries to intervene and is beaten for his troubles. Slow to react and hesitant in the face of the youths’ violence, Fred fails to save his brother from an even worse fate. – Alissa Simon, Variety 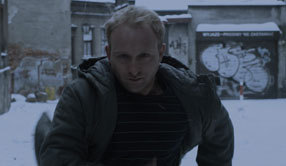 The ghosts of communism come back to haunt not only the generation that resisted it but their children as well in Rafael Lewandowski’s ambiguous thriller The Mole. Set in a wintry Poland of snowbound city streets and whitewashed landscapes where something is always buried, The Mole follows Zygmunt and Pawel, a convivial father and son, as they travel across Europe dealing in second hand clothes. Pawel is fiercely proud of his father, a former mineworker’s union leader and hero of the Solidarity movement, but when the papers break a story accusing Zygmunt of being a communist informer, Zygmunt’s response calls in question everything his son has ever known. Marian Dziedziel is outstanding as Zygmunt, a fragile and deeply-scarred old man alternately revered and despised as successive revelations emerge, while Borys Szyc’s Pawel grows from boyish naivety to a man struggling under the weight of his father’s – and his country’s – past. As Pawel slowly uncovers the truth of what happened thirty years before, he finds himself caught in a web of conflicting loyalties, and Lewandowski expertly ratchets up the tension in a slow-burning thriller that builds to a nerve-jangling climax. – Alistair Daniel, Jameson Dublin International Film Festival 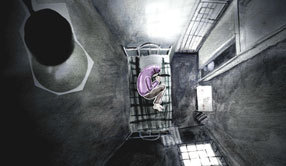 Narrated from beyond the grave by its main protagonist, Crulic – The Path to Beyond is an unusual animated feature telling the story of a 33-year-old Romanian who died in a Polish prison while on hunger strike. He was wrongly accused of stealing credit cards from a Polish judge in Krakow when he claims he was not in the country. The film reconstructs his life story from the available evidence, but its animated techniques lift its analysis to a new expressive level. The use of hand drawn images, collage, stop motion, and cut out animation brings subtlety and poetry to a tragic story that is both beautifully written and sensitively visualised. The character of Crulic is voiced by the Romanian actor Vlad Ivanov, noted for his work in Romanian ‘New Wave’ films. A co-production with the Krakow Festival Office, it is both a strong indictment of a prison system guided only by rules and an exposure of bureaucratic failings. – Peter Hames, BFI London Film Festival 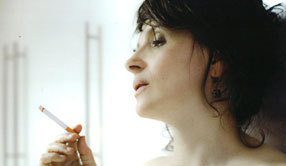 Polish film director, Malgorzata Szumowska has moved into dark and controversial territory. Yet while her ability to probe deeply into the sexual recesses of contemporary society is impressive enough; the range of control she exerts, over a story that in lesser hands could have proven unmanageable, is startling. Juliette Binoche plays Anne, a wife, mother and – most importantly – a journalist researching an article about student prostitution for ELLE magazine. Anne finds herself drawn to two young women: a down-on-her-luck Polish student and a French girl from one of Paris’ housing projects. Both women have entered the sex trade for different reasons, and as they open up to Anne, we are allowed glimpses of the reality of their work. Meanwhile, Anne is forced to confront the bourgeois reality of her own life, where her husband seems married to his cellphone. Szumowska’s film dares to explore a precarious region where perhaps only Catherine Breillat has ventured before. Female sexuality, in all its complexity, is placed under a microscope, turning Elles into a must-see film from a director whose talent has finally flourished. – Piers Handling, Toronto International Film Festival 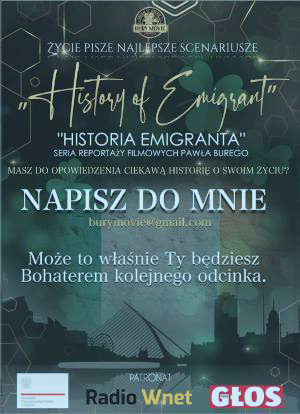